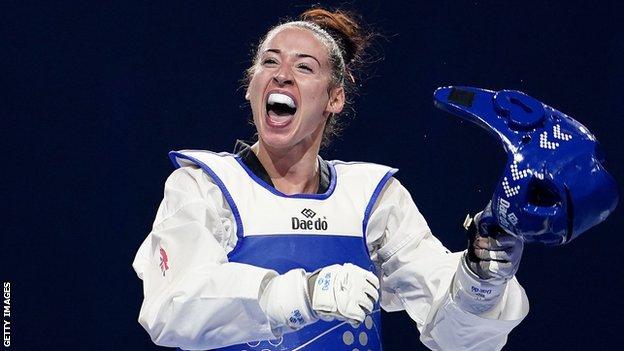 "It's really hard to win four, but I keep going until Paris [Olympics in 2024] and finish then," she said.

Liverpool-born Walkden, a bronze medallist at the 2016 and 2020 Olympics, added: "One thing that kept me going was Liverpool have the [football] Champions League final next week so I thought I would start it off and hopefully they can become European champions as well.

"The crowd really does lift you up and in the first fight I was so nervous."

There were further medals for Britain as Amy Truesdale won bronze in the K44 +65kg event and Rebecca McGowan did likewise in the -73kg category.