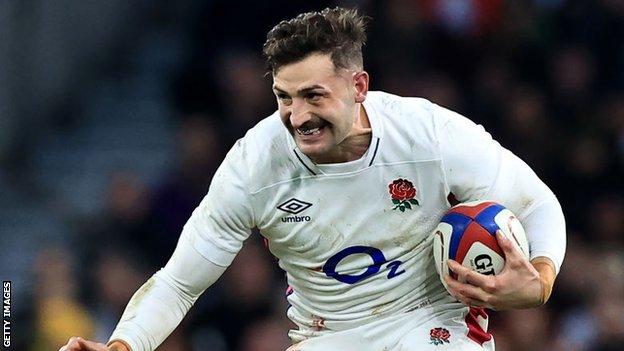 England wing Jonny May will miss the opening two fixtures of the Six Nations with a knee injury and will wait to hear from specialists whether he can play any part in the tournament.

May, 31, did not feature for Gloucester against Perpignan on Saturday.

He will miss England's games against Scotland on 5 February and Italy eight days later, but is not yet ruled out of the Wales game on 26 February.

Skivington added: "If he can be back involved in the Six Nations then great. It's unfortunate for Jonny because we'd like to see him playing for England.

"He's had a niggle for a little while and it kept him out of one game a few weeks ago. It's just been chipping away and it got to a point where it wasn't great, so we decided to get it investigated.

"Once we know exactly what the story is we'll have a better idea about the injury. It would have been one incident a few weeks ago, but he's been managing his way through it, as generally speaking senior players do, and it just got a little too much.

"The hope is that he will still play in the Six Nations."

May has scored 35 tries for England, placing him second in the country's all-time standings behind Rory Underwood on 49.

In addition to May, while Courtney Lawes is unable to train because of a head injury.

Eddie Jones' squad for the Six Nations meet in Brighton for a training camp this week.