Cost of living: What are Rishi Sunak's options to ease the burden on households? 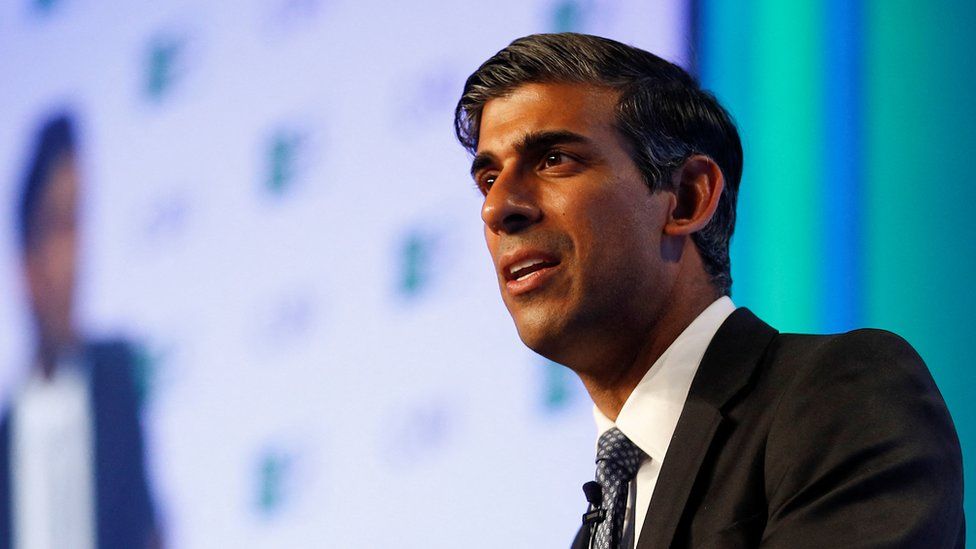 Cost of living: What are Rishi Sunak's options to ease the burden on households?

The chancellor is under increasing pressure to offer more support to households as the cost of living reaches record highs.

Rishi Sunak announced a £9bn package of measures in February, including a £150 discount to council tax and a £200 loan for energy bills in the autumn.

But inflation continues to soar and people's pockets are being hit hard.

One single measure is not going to solve all the problems households are facing.

But what options to ease the pain are available to Rishi Sunak? And at what cost - both financially and politically?

Opposition parties have been banging the drum for a windfall tax on oil and gas companies for months now, and it appears their persistence may pay off.

The idea is to impose a one off levy on the firms' profits - which have surged as the economy re-opened after the pandemic - and use the money to support the hardest hit.

Labour says the move could raise billions which could be used for both targeted support for the worst affected, and more universal payments to everyone.

Ministers have been resistant to the policy - and still insist an announcement is not imminent.

But both Mr Sunak and Boris Johnson have hinted at introducing the tax, saying "nothing is off the table".

And the chancellor has gone as far as saying he will impose the levy if oil and gas companies do not invest enough in new UK projects.

Some Conservative backbenchers have also begun to support the measure too - but some, especially ministers, may be angry if after selling the anti-windfall tax line at the request of No 10, they then have to perform a screeching u-turn and get behind it.

Another proposition put forward by opposition parties is a cut on VAT for energy bills.

Labour said removing the 5% charge for a year would put around £90 back in people's pockets at a cost of £2.5bn for the Treasury.

But when the party suggested it, the prime minister deemed it too "blunt" a tool, as it would affect all households - including the richest - rather than targeting those most in need.

Liberal Democrat leader Sir Ed Davey wants to go further than just energy bills by cutting VAT on all products from 20% to 17.5% for a year. He claims it would save households up to £600.

Both Mr Johnson and his campaign partner Michael Gove sold the ability to cut VAT on energy bills as one of the benefits of Brexit in the build up to the referendum.

If the leading Brexiteers that now sit around the cabinet table once promoted the policy, it could win more support from their backbenchers.

But it could be costly too. VAT raised over £130bn for the Treasury last year - 15% of all the cash it received - and at a time when the chancellor wants to look at paying off the UK's debts, he may not be keen to slash this reliable income.

And, of course, it may also appear like another u-turn and following the lead of opposition parties, which is hardly a popular move within a governing party.

Turn autumn loan into a grant

One of the measures the chancellor did announce to help people tackle rising costs was a £200 discount on energy bills in the autumn, ahead of the next expected price hike.

Mr Sunak said the measure would take the "sting" out of the rise and "make a big difference to the vast majority of households".

There was criticism that the £200 was a loan that people would have to pay back in £40 instalments over five years from 2023.

One option would be to convert this funding into a grant, giving households the £200 rather than loaning it to them.

Of course, this would mean a hit for the Treasury's coffers.

But it is an extension of the government's own idea and one that is likely to be welcomed by constituents, ergo it could prove popular with MPs.

According to reports, changes to the warm homes discount could be the policy change the chancellor endorses.

The existing scheme sees a one off payment made to the least well off households across the country in winter to help with energy bills.

The figure is already rising by £10 this year to £150. But Treasury officials told the Times newspaper the payment could rocket to as much as £600 per home to help with the hikes in energy bills.

Again, this would provide a mixed result for Mr Sunak.

The cash would be hugely welcomed by those struggling, especially with energy bills set to jump again this autumn, and it would mean adjusting the government's own policy.

But such a leap in the amount would cost the Treasury a significant amount of money.

Mr Sunak sees himself as a tax cutting chancellor.

But two years into his tenure he announced a tax rise to support the NHS and social care following the pain of the pandemic.

The policy, which came in to force in April, sees employees, employers and the self-employed all paying 1.25p more in the pound for National Insurance.

The plan is for NI to return to its normal rate next year, but the extra 1.25p in the pound will then be collected as a new Health and Social Care Levy.

The introduction of the tax was lambasted by opposition parties who said it targeted the wrong people and let some, like landlords, off the hook entirely.

The chancellor stood by his decision to introduce it. But in his Spring Statement, he announced that the amount people can earn before they start paying NI will be raised.

It may be a little late in the day for Mr Sunak to scrap the tax, even if it is still something widely called for across opposition parties - and from some Tories.

But both the chancellor and PM have regularly said the money to take on the NHS backlog and improve social care needs to come from somewhere.

The PM, chancellor and many other Conservatives say they favour tax cuts to ease the cost of living.

Such measures go down well on the Tory benches.

In his spring statement, the chancellor announced a .

But in recent days, reports have suggested he could bring this forward to as early as this autumn's Budget.

Campaigners have pointed out it would not target those on the lowest incomes.

Increasing universal credit and other benefits

In April, a 3.1% rise in the state pension and other benefits took effect.

But with in the same month, by rising costs.

Leading think tank the Institute for Fiscal Studies (IFS) has calculated that, for the poorest 10% in the UK, inflation is even higher - at 10.9%. That compares, it says, with around 8% for the richest tenth of the population.

The IFS says that's because those on the lowest incomes spend 11% of their budgets on gas and electricity, compared with 4% for the richest households.

In September 2021, ministers decided to temporarily cut the state pension's link to average earnings, which would have led to an 8% rise in April.

They have pledged to reinstate the so-called pension "triple lock", which would mean that next April's increase in benefits matched this September's inflation rate.

But the Treasury says there are technical obstacles to making earlier payments.

The poorest households have also fallen behind in other ways.

In 2020, the government introduced a £20-a-week uplift to universal credit to help people cope with the economic impact of the Covid pandemic.

But it was - ministers arguing it was only ever intended to be a temporary measure - despite opposition from six Tory former work and pensions secretaries.

The Treasury and many Conservative MPs are keen to pull back from the high levels of government spending and state intervention seen during the pandemic.

Ministers have been looking at other ideas - that don't involve spending taxpayers' money - to reduce living costs.

These have included . Boris Johnson himself is understood to have proposed lowering the legal limits on adult supervision for children in England.

At present, there must be at least one member of staff for every three children in groups aged two years and under. For over-twos, there has to be one adult for every four children.

Labour says the idea would drive down quality while "making no difference to availability".

And the Liberal Democrats have accused the prime minister of looking to "cut corners and endanger our children".

Transport Secretary Grant Shapps is said to have suggested reducing the need to renew MOT test certificates from an annual one to every two years.

But the AA says such a move could in fact increase costs for drivers by resulting in higher repair bills, while also reducing road safety.

It's been reported that ministers are split over a proposal to slash import tariffs on some food the UK doesn't produce itself, such as rice and oranges.

The Financial Times said Boris Johnson backed the idea, championed by Jacob Rees-Mogg, but international trade secretary Anne-Marie Trevelyan argued it would reduce the UK's leverage in trade negotiations, while having only a marginal impact on household bills.

What else has the government done so far to help with rising costs?

In February, the government announced people in council tax bands A-D, which cover about 80% of households, would get a £150 rebate on their annual council tax bill from April.

The payments are being processed by local authorities in England, Wales and Scotland - and there have been concerns about .

In March, the chancellor on petrol and diesel by 5p per litre, to cut motoring costs.

However, motoring organisations have complained that not all of the cut has been passed on to consumers by fuel retailers.